She held tight to the rough wooden beam as another twisting, breathtaking pain held her. And released her. As the silent figure next to her touched her forehead with a rag, she impatiently swatted his hand away.

Wanting him to leave, knowing he wouldn’t, she stared out of the open door at the now-chilly night. In the distance a light wavered in a window. A dog barked. She glanced at the sky.

“He’s nothing!” She heard her sister moan in her head, “At least you could have chosen…I don’t know…a mason or something.” She snorted into the dark as she remembered that afternoon by the river. Her sister always had a little too much interest in the mason family down the street. Something about hands…she looked over at his hands, now shooing away a stray goat. The goat, offended, stared back at the lanky figure, unmoving.

The wave again- this time it was harder to breathe, and she retched into the darkness.

Into the blank wall of pain she stared, as she had stared that night many months before, in the corner of the yard, by the rough stone wall. At first she had thought it was a fire. No, no heat…just- light. She shook her head as the wave subsided into the dark of the stall. Every fiber of her body was a vehement NO, resisting the hurt, the thing that was trying to tear her apart. She clenched her teeth. The pains were coming faster now, unstoppable, overwhelming.

At the clutching apex she saw again the light, heard again the voice- wanting to cry out, to reject, to stop this twisting that she was powerless to control. And she remembered that night: the silence inside the roar of light, the whisper that burned her to the bones.

“No…” she groaned, through clenched teeth. No, and again no. This was not part of the contract, not part of any fine words and overwhelming glory, not part of that silly girlish acquiescence. The pain rose, and rose again, seeming like it would never end. She was vaguely conscious of the tall presence by her, smoothing her hair back, back under her scarf, but she was too far gone to swat him again. She braced herself, knees shaking and failing, nails digging into the wood.

And suddenly she knew, as she met the silent roar of burning light again, staring as before into the dark- it was beyond her, and it was yes. And it had always been yes, a million times yes. She was His, always would be, always willing clay in His hand. The only way through was into the fire, and beyond into the whispering dark.

She opened herself to the blank wall, screaming a whisper into the dark, and stepped over into the fire.

An Ode to the 2nd Grade Gods

As you roar into view, earth trembling beneath bright-yellow wheels.

I am still not ready: I cannot deliver her up to the yawning mouth of your folding, screeching door…

Listen, O you Gods of the 2nd Grade:

Let her backpack be light. As she trembles onto the bus, let a seat be open near the front, in case she has a problem.

Let her bus driver be like the one on Forrest Gump.

As she sits, in her prim uniform, socks askew, send her someone who will adore her and make her a BFF.

Not the girl in the Justin Bieber t-shirt.

As she struggles through fractions, writhes through cursive: may her teacher breathe an extra breath. And lower herself down, knees protesting, to calm the storm of frustration.

If she decides to make friends with only the blond girls that populate her class, let her also not forget that she’s a black sheep, and that there are other black sheep, too.

Carry her lightly through social studies, that she may learn a love for democracy.

Enlighten her with Math Facts, that she may have a lucrative future career away from the arts. Unless she’s really amazing at art: then, Lord, talent her up.

Give her immunity at the water fountain, speed at dodgeball, and modesty while swinging from the monkey bars.

Let her not be the last one picked.

If she’s the last one picked, O Gods, let her remember that it will not always be so: and that the last shall be first.

May she always be the unabashed holder of the hard-boiled egg at lunch, and live in total ignorance of boys.

Bring her back safe in your cavernous transport; let the bus driver be forever sober and cholesterol-free, and may all crazies decide to stay home each day from 7-8am and 3-4pm.

Now and forever, or at least until May- 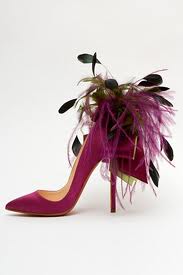 I’ve been thinking much lately about how much is enough. Years ago, Real Simple’s magazine tagline was “Do less/have more”. They’ve since changed it (holy crashing economy), but it has never left my mind that:

it should be backwards.

Do more. Have less.

Isn’t this at the heart of sustainability? At the heart of conscious, practical, holistic living? This thought has moved me (us, familywise) into making choices differently than we have before. How can we do more: for our kids, for our neighborhood, for ourselves? How can I do more for the people immediately surrounding me? And, tangentally, how can we make do with less? How much do I really need? How much…is enough? This question moves us to rethink, replan, reassess, and weigh the ups and downs.

I don’t want to be a consumer, using to use, eating because it’s there, creating more waste than I recycle.

I don’t want my kids to be raised by TV, asking for things that have been marketed to them, quoting a cartoon character instead of A. A. Milne or Madeleine L’Engle.

I want to buy things because I need them, not want them. Sometimes it’s hard to convince myself that no, I really don’t need those Louboutins. No, really.

I don’t want to just be, but I’d like to live heroically, passionately, thoroughly. I want to use up this life like the gift it is, not missing the scraped knees and the empty bottle of Tylenol and the morning with no coffee.

And I want to own it.

And so I do. Scraping the knees on the way down, dashing away the sea of insecurities, rising to meet the day.

What are some of your “enough”s?

The slippery slope…or, The Greening

I suppose it all started with antropologa. She was the troublesome one who started asking questions: “Are you going to circumcise if you have a boy?” “What kind of diapers will you use?” I don’t think anyone had ever asked me those kind of things before. They just weren’t on my radar at all. I cringe now at how long I spent in relative ignorance, even while being fairly well-educated.

Moving to a smaller, more connected community also moved me down (or up?) that slope. It was common to see fluffy, bulging cloth diaper butts on kids in the church nursery. I started thinking more eco-. Not eco as in -logical, but as in -nomical. The simple truth for me was that cloth diapering saved money. Lots of money. And they were SO not your parents’ cloth diapers. Cute colors, easy to wash, no toxic fumes from outgassing. And REusable.

From giving up disposables, it was a short move into giving up all disposable cloth in the house. No more cloth napkins, no more Bounty Extra Phat Roll. The only time I missed paper towels was when microwaving bacon…but skillet bacon tastes better, anyway. We still haven’t moved into no-TP-land, mostly because R would probably divorce me.

Our ‘hood offered FREE huge recycling barrels…taking care of all plastic, glass, cardboard, and paper. What do we throw away? Food scraps, mostly. So recycling was simple. And there’s a Farmer’s Market down the street on Thursdays and Fridays…fresh, local, organic food. You can even walk it if you’re up for a hike. So, no more strawberries in January, sure, but living more closely in tune with the cycles of the earth made sense.

From there, it was tossing the TV. Not exactly tossing, but it’s upstairs, in the attic- “Man Cave” my husband has created for himself- he plays X-station or PlayBox or whatever when he can’t sleep at night. I have not missed it. My kids are outside more and creating more…and the number of, “Mom, can I have this?”es has sharply decreased.

Some friends started a community garden. They offered plots and we bought in. It’s amazing what some seeds and a little water and sun will do. We had lettuce for quite a while and are still getting tomatoes every few days. We’ve also had plenty of cilantro, basil, kale, blueberries, zucchini, cucumbers, and green beans. The kids love visiting the garden each day (or every 2-3 days when we’re lazy) and seeing what’s new.

The thing is, none of this was hard. At no point did I say to myself, “Man, if I just had some ultra-refined hydrogenated sodium-bathed crunchy things.” Or, “It’s SO HARD to toss my can in the blue barrel instead of the trash can!” I realize not everyone has access to land, a close Farmer’s Market, and support from a community that believes in these kind of things. But we aren’t alone in making these steps, and for a family of five it’s been amazing how these little slides down the slope have changed things for us.

What little changes have made a difference for you? 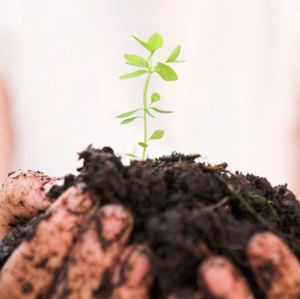 I’ve come to the point where I’m beginning to think about blogging more. Things got so out of hand after the birth of #3, perhaps understandably so, but it seems like I’ve needed the time to rethink and examine and assess. From reading blogs regularly, this isn’t a new phenomenon. I feel like I’ve moved on so much from the blogger-I-began-as. My motivation has changed, and at times I’m not even sure of what that motivation is any more.

We’ve changed as a family, too. We’ve undergone a subtle metamorphosis that I’ll be blogging about in upcoming posts. We’ve become more conscious about how we live, and we are finally entering a time where we have the luxury of deciding what that will look like.

I’m inspired (and moved to tears) by the ordinary lately: a petal dropped from an aging rose. The first cackling laughter of my new son…the unexpected kindness of people who surround me.

And there’s the tough, as well…the hangnails of life. Bills, health worries, personal and professional insecurities.

Are ya hearin’ me, internet? Basking in my normalcy over here.

My intention is to pare down my writing, and to choose more intentionally what I write about. To focus in more on the small joyous amazement I encounter. Hope you’ve hung in there…seems like so many of the writers I began with have fallen by the wayside. 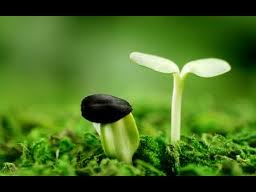